How Long Does an LED Fixture Really Last? 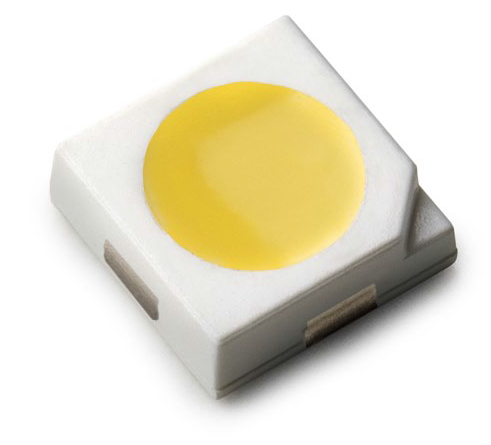 One of the most commonly known benefits of LED technology in lighting is also perhaps the least understood. Everyone knows LED fixtures last a long time. But predicting how long they will last is a work in progress.

The old standards utilized to estimate the life of traditional fixtures don’t work for LED fixtures, and the LED industry is still developing standards and determining how to account for the complex factors that impact the useful life of an LED fixture. In the meantime, the current standards can be confusing and potentially misleading.

Incandescent, halogen, fluorescent, and HID fixtures are sold separately from the lamp (i.e., the bulb) that illuminates them. Consumers expect to replace the lamps in non-LED fixtures multiple times before the fixture needs to be replaced. As a result, life ratings in the past focused on the life of the lamp – to be specific, the average rated life. Typically, the average rated life is found by testing a group of lamps until half of them are no longer operational.1

LED fixtures are very different. First, the fixture is designed around the illumination source – a specific LED board. Since boards can vary significantly from one design to the next, LED boards are usually not interchangeable. Second, LED chips can last a staggeringly long time because they rarely fail altogether; instead, they slowly lose intensity, as if they were being gradually dimmed down to 0% light output.2 An LED chip could theoretically continue putting out light for hundreds of thousands of hours (even if it is not adequate light), and during that time other fixture components are likely to deteriorate. This means fixture life and lamp life are much more closely tied together for LED fixtures than for non-LED.

Due to the differences between LED fixtures and non-LED fixtures, “lumen maintenance is often used in place of rated life measurements for LEDs.”2 Lumen maintenance is “an industry-standard term for the percentage of initial lumens that a light source maintains over time.”2 The most common percentage used is 70%, which is shortened to L70 (i.e. 70% of initial lumens maintained) and then connected to a number of operating hours. For example: L70 of 50,000 hours predicts that an LED source will lose 30% of its initial light output after 50,000 hours of operation at a certain temperature. Because LED products can potentially last so long, current standards allow fixture manufacturers to use test data from LED chip manufacturers, relate it to test data from their fixture, and extrapolate the combined data into the future using strict guidelines.

What lumen maintenance is not

Knowing the L70 rating for a fixture can be a helpful piece of information – but it has to be understood in context. The industry is still developing standards to measure reliability and other factors in useful life. In the meantime, the best way to make sure you get an LED fixture that will last is to purchase one that combines high-quality LED boards with a good design and other quality components. If it looks cheap, it probably is. 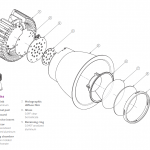 How Long Does an LED Fixture Really Last (Part 2)Uncategorized 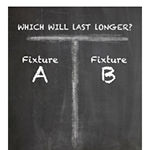